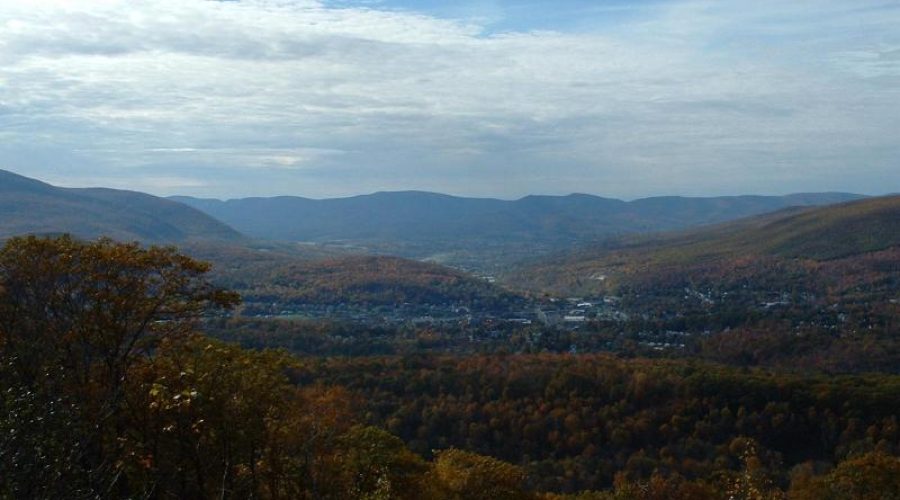 Massachusetts consistently ranks as one of the states in the North East with the most beautiful natural environments. The topography of the state is varied, with mountains, valleys, forests, rivers, and coastline all within its borders. This variety means that there are plenty of camping opportunities for those who love being outdoors. For those living in the state, this information is nothing new, but for those traveling to the state from other parts of the country for camping or an outdoor adventure, there are plenty of natural attractions that typically aren’t on their radar. These attractions most often have campgrounds in the vicinity, but even if they don’t, the recreational RV market is exploding, and renting a camper or an RV for your friends and family has never been easier or more affordable.

Massachusetts has a plethora of gorgeous natural areas, but some stand out above the rest. Take a look at these stunning locations in the state that will take your breath away.

The Chesterfield Gorge is a narrow and steep-sided gorge carved out by the Westfield River. One of the most beautiful areas along the Westfield River, a federally designated Wild and Scenic River, is this spectacular canyon. The river flows over a series of ledge drops, the largest being a 40-foot drop known as The Cascade. The Gorge is located in the town of Chesterfield in western Massachusetts and is part of the Chesterfield Wildlife Management Area. The area is popular with hikers, picnickers, and fishermen and is a great place to camp if you’re looking to get away from it all. The camping here is primitive, so be sure to bring everything you need with you.

Monument Mountain is a 1,642-foot mountain located in the town of Great Barrington in the Berkshires region of western Massachusetts. The magnificent southern Berkshires and the Housatonic River Valley are on full display from Monument Mountain. For exciting hikes and stunning views, Squaw Peak is a favorite destination for vacationers. The mountain is also home to several hiking trails, including the popular 3.8-mile Monument Mountain Scenic Trail. The trail offers spectacular views of the surrounding countryside and is suitable for all skill levels. camping is not permitted on the mountain, but there are plenty of campgrounds in the area if you’re looking for a place to stay.

The Connecticut River Valley is a beautiful stretch of river running through the western part of Massachusetts. This entire area, which is home to some of the nation’s most productive farmland, is a natural wonder. It’s hard not to marvel at the scenic visages which are sprinkled with charming agricultural settlements and green woods. The valley is also home to several towns and cities, including Northampton, which is a popular destination for camping, hiking, and canoeing. There are plenty of campgrounds in the area, as well as some stunning natural attractions, such as the Mount Holyoke Range and the Hopkins Memorial Forest.

Mount Greylock is the highest point in Massachusetts, reaching an elevation of 3,491 feet, and affords one of the most spectacular views in the Northeast. The mountain is located in the Berkshires region of western Massachusetts and is part of the Mount Greylock State Reservation. There are several hiking trails on the mountain, as well as camping sites and a variety of other outdoor recreational activities not to mention the magnificent War Memorial tower and beacon at the mountain’s peak.

Located in Cochituate Lake State Park, Cochituate Lake is a scenic lake located in the town of Cochituate in eastern Massachusetts and is known for a beautiful sandy shore and plenty of sparkling, clear waters. The lake is a popular spot for swimming, fishing, boating, and camping. There are three beaches on the lake where you can enjoy the water and there are also plenty of trails for hiking and biking. Cochituate State Park is a great place to camping in Massachusetts, offering both RV and tent camping sites.

The Mohawk Trail is a scenic, winding road that runs for 66 miles through the Berkshire Hills of western Massachusetts. The trail, which was once an Indian path and later used by stagecoaches, is now a popular destination for tourists who want to take in the stunning scenery. Along the way, you’ll pass through the towns of Miller Falls and Williamstown, as well as the Hoosac Tunnel, which is the oldest railroad tunnel in the country. The Mohawk Trail is also a great place for camping, with plenty of campgrounds and RV parks to choose from.

The Quabbin Reservoir is a man-made reservoir located in the towns of Belchertown, Petersham, and New Salem in central Massachusetts. The reservoir was created in the 1930s to provide water for the growing city of Boston and is now one of the largest freshwater reservoirs in the country. The reservoir is surrounded by forests and hills, making it a popular destination for camping, hiking, fishing, and picnicking. There are several camping areas located around the reservoir, as well as a few day-use areas where you can enjoy the scenic views.

The Cape Cod National Seashore is a beautiful stretch of coastline located on the southern tip of Cape Cod in eastern Massachusetts. The seashore, which extends for some 40 miles, is home to a variety of wildlife and plant life, as well as several pristine beaches. camping is not permitted within the seashore boundaries, but there are many camping areas located nearby that are ideal for a fun-filled day at the beach.

Boston Common and the adjacent Public Gardens are two of the most popular tourist attractions in Boston. The Common, which is the oldest park in the country, is a great place to relax or take a stroll, while the Public Gardens are perfect for a picnic lunch or a stroll. Both parks are also great places to people watch, as they are often crowded with tourists and locals alike.

Fort Devens is a former military base located in the town of Ayer in central Massachusetts. The fort was established in the early 1900s and served as an army training ground for many years. Today, the fort is home to a variety of businesses and organizations, as well as a camping ground. The camping ground offers both RV and tent camping sites, as well as a variety of activities for the whole family.

Doane’s Falls is a series of waterfalls located in the town of Royalston in north-central Massachusetts. The falls, which are fed by the Millers River, range in height from 30 to 70 feet and are a popular destination for hiking and picnicking. There are also several camping areas located nearby, making it a great place for camping in Massachusetts.

The White Mountains are a range of mountains located in the northern part of New Hampshire. The mountains, which include Mount Washington, are a popular destination for camping, hiking, and skiing. There are several camping areas located within the White Mountains National Forest, as well as many more that are located nearby.

The Boston Harbor Islands are a group of islands located in Boston Harbor. The islands, which include George’s Island, Spectacle Island, and Thompson Island, are popular destinations for camping, picnicking, and hiking. There are several camping areas located on the islands, as well as a variety of ferry services that can take you to and from the mainland.

The Aquinnah Cliffs are a series of cliffs located on the island of Martha’s Vineyard in Massachusetts. The cliffs, which are made up of clay and glacial deposits, range in height from 100 to 300 feet and offer stunning views of the Atlantic Ocean. camping is not permitted on the cliffs themselves, but there are several camping areas located nearby that are perfect for a day of hiking and picnicking.

Walden Pond is a small, man-made lake located in the town of Concord in eastern Massachusetts. The pond, which was created in the early 1800s, is a popular destination for swimming, fishing, and camping. There are several camping areas located around the pond, as well as a few day-use areas where you can enjoy a picnic lunch or a stroll.

Bash Bish Falls is a series of waterfalls located in the town of Mount Washington in western Massachusetts. The falls, the highest in Massachusetts, are fed by the Bash Bish Brook, range in height from 60 to 80 feet and offer stunning views of the Berkshire Mountains. camping is not permitted at the falls, but there are several camping areas located nearby that are perfect for a day of hiking and picnicking.

The Glacial Potholes are a series of potholes located in the town of Shelburne Falls in western Massachusetts. The potholes, which were created by glaciers during the last ice age, range in size from 2 to 10 feet wide and are a popular destination for hiking and picnicking. camping is not permitted at the potholes, but there are several camping areas located nearby that are perfect for a day of hiking and picnicking.

The Hoosac Tunnel is a man-made tunnel that runs through the Berkshire Mountains in western Massachusetts. The tunnel, which is over 4 miles long, was built in the 1800s and is a popular destination for camping, hiking, and picnicking. There are several camping areas located nearby that are perfect for a day of hiking and picnicking.

Purgatory Chasm is a series of cliffs and rock formations located in the town of Sutton in central Massachusetts. The chasm, which is a popular destination for hiking and picnicking, ranges in width from 20 to 30 feet and offers stunning views of the surrounding countryside. camping is not permitted at the chasm, but there are several camping areas located nearby that are perfect for a day of hiking and picnicking.

If you have any questions, please feel free to ask!

Drop Us a Line